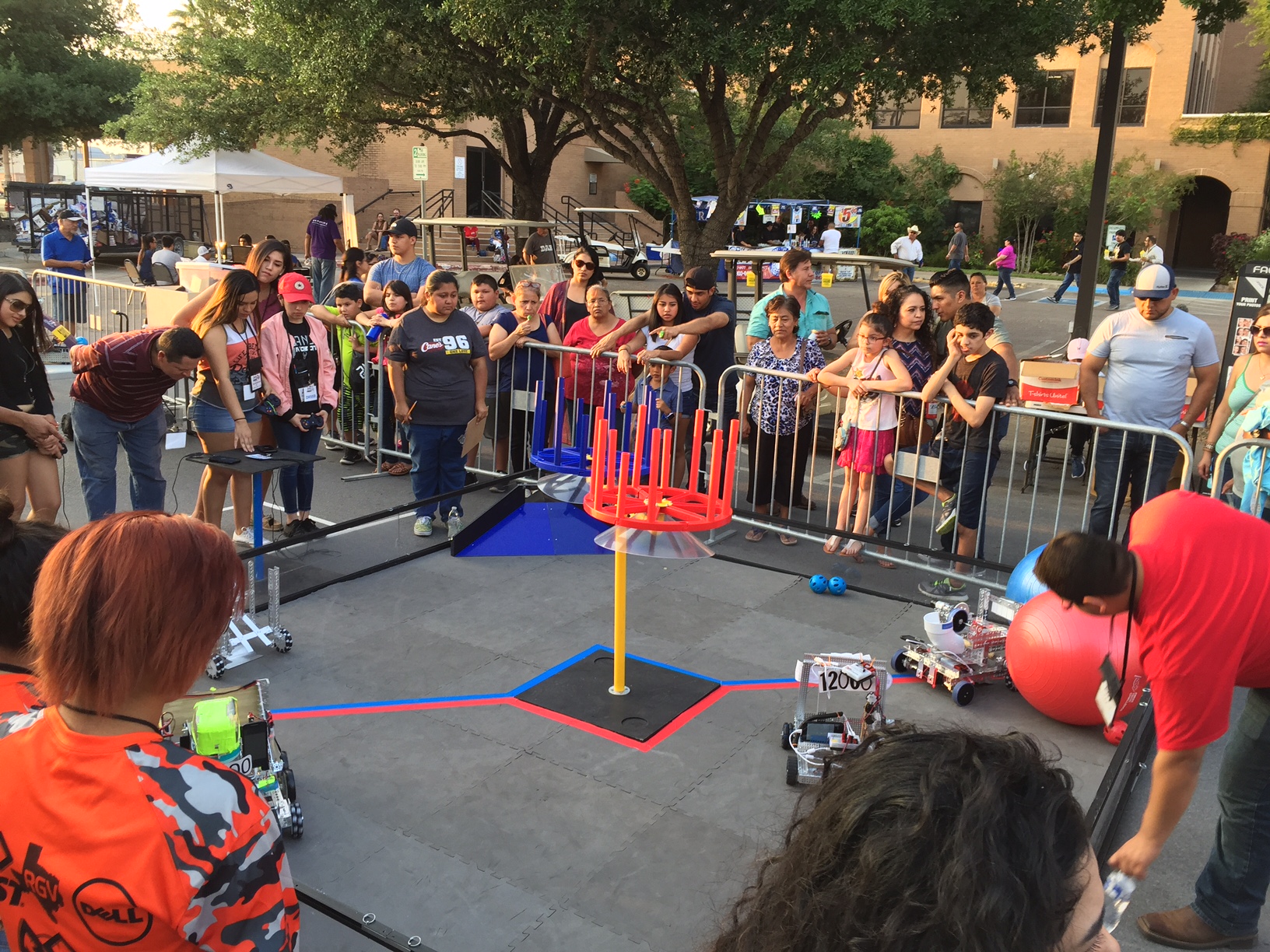 Pharr, Texas – On March 25, 2017, around 1pm, city officials and FIRST-RGV team members arrived in downtown Pharr to setup for the inaugural event that is part of the annual HUB Phestival. The City of Pharr, a strong supporter of FIRST Robotics, gave us permission to close a city street and have a special robotics competition using the Velocity Vortex game.

It was a true challenge to get setup, said Jason Arms, President of FIRST-RGV, INC. This had not been done in a public street before. We had to make sure safety was the utmost priority and to create a space for the teams to come have fun, Arms added. 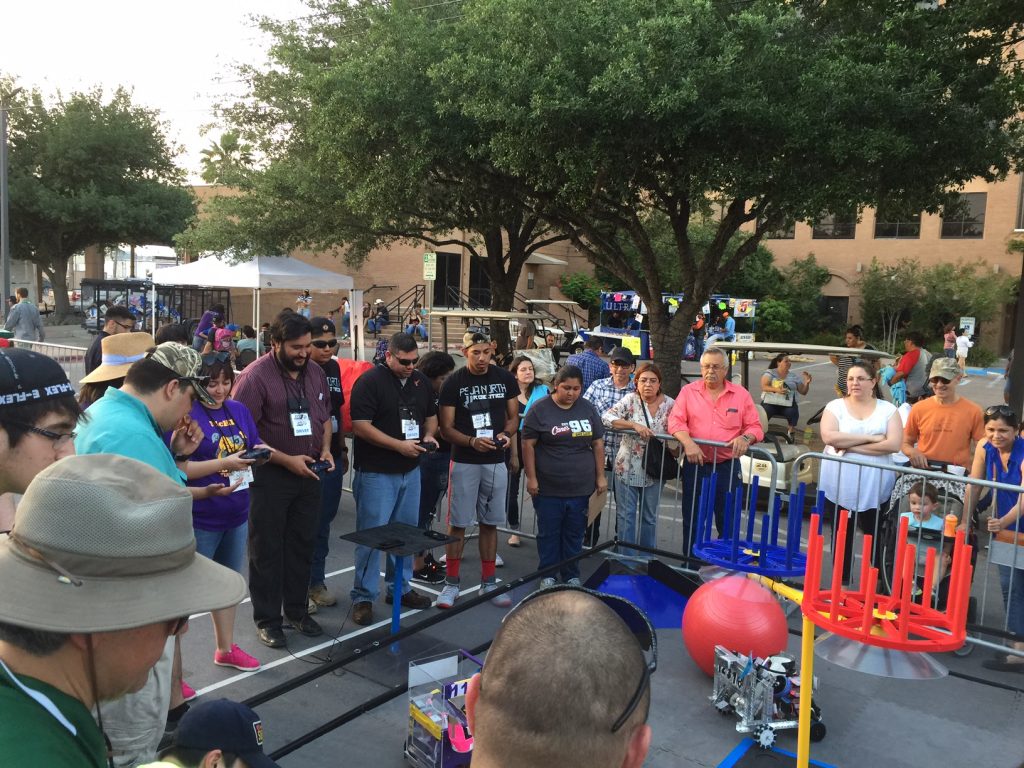 Temperatures that day was brutal, but it did not diminish the spirit of the more than 100 students from across the valley that came together in the middle of the closed city street to show off who had the best robot that day. The FIRST RGV team explained the modified rules at the start of the competition due to the unique environment and the curvature of the road that gave a unique challenge to those participating. Just when teams though they had mastered the modification, FIRST RGV announced that for two of the fifteen matches that the coaches were going to be the drivers and they were going to be assisted by a student. Our goal was to have fun, show the more than 5,000 attendees of HUB Phestival in Pharr that robotics is inspiring and a lot of fun. 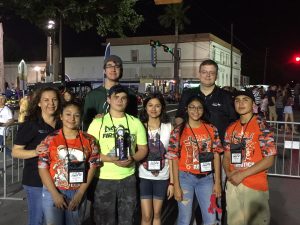 After a lot of laughs, cleaning up of water bottles that were consumed by the teams and some great music from the talent invited to perform at the city’s festival, it was time to announce the winners.

Today was a lot of work setting it up, dealing with the heat and getting it all coordinated, but we had a blast and so did the students, Milly Hernandez of FIRST-RGV stated. This is why Jason and I volunteer our time and why this is now the best STEM program in the Rio Grande Valley she added. 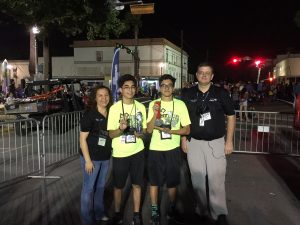 More robotics fun coming… stay tuned!  Follow us on Facebook, Twitter and Instagram as “FIRSTRGV”. We would like to thank Mayor Dr Ambrosio Hernandez of the City of Pharr for his continued support of our program, not only for Pharr, but for the entire Rio Grande Valley.