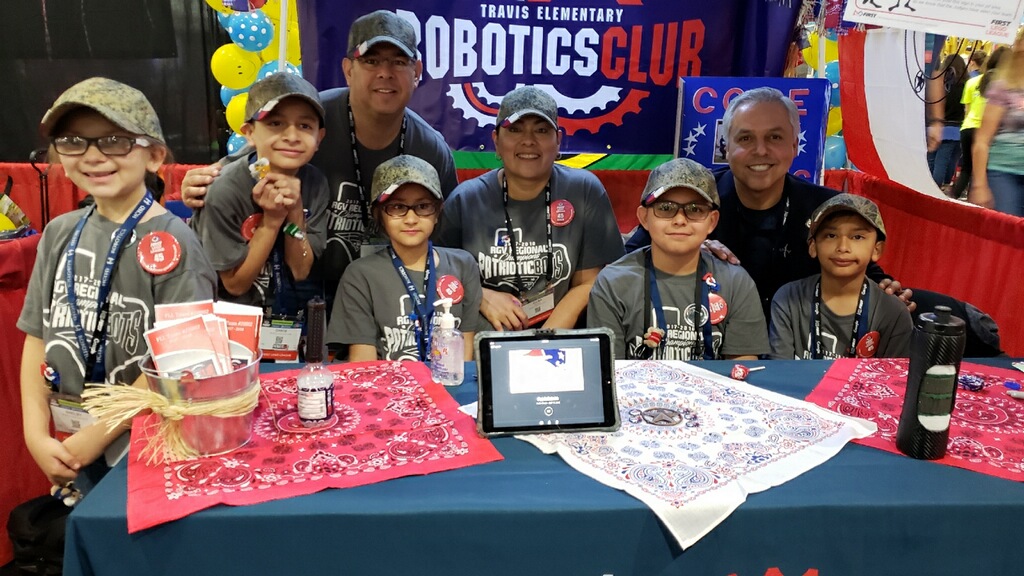 Houston, Texas – It’s a competition dedicated ‘For Inspiration and Recognition of Science and Technology.’ Also known as the FIRST Championship.

Over 15,000 from students 43 countries submitted over 600 robots in Houston. It’s a world-wide competition and the Rio Grande Valley sent 4 teams.

Cavazos Elementary from Alton participates in the FIRST Lego League JR. It is a category for 6-10 years-old children. They made a presentation on where water comes from. The Little Robo Rangers from Alton received a Creative Show Award.

Travis Elementary from Harlingen participated in the FIRST Lego League. The category features 9-16-year-olds. In this project the students research a problem and come up with a solution around the competitions central theme. The Patriotic Bots from Harlingen created a water filter for residents of Boca Chica Beach. They also build a robot to perform various tasks.

K. White Junior High School from Mission participates in the FIRST Tech Challenge. This category features students from 12-18 years old. They build a robot to compete against others in an arena as well as performing specific tasks.

Mission High School attends the most popular competition, the FIRST Robotics Competition.
Over 400 teams build a robot for a competitive arena environment. The students build the robot to carry blocks, itself, and in some cases other robots. The teams collaborate with another team chosen at random.

The valley teams forged their way to victory in local and regional competitions. In the world stage, the teams did not win a major title.

The regional branch of FIRST championships tells News Center 23 that they are “very proud” of not just the valley teams that were part of the world championships, but also those that participate in local robotics events year-round.