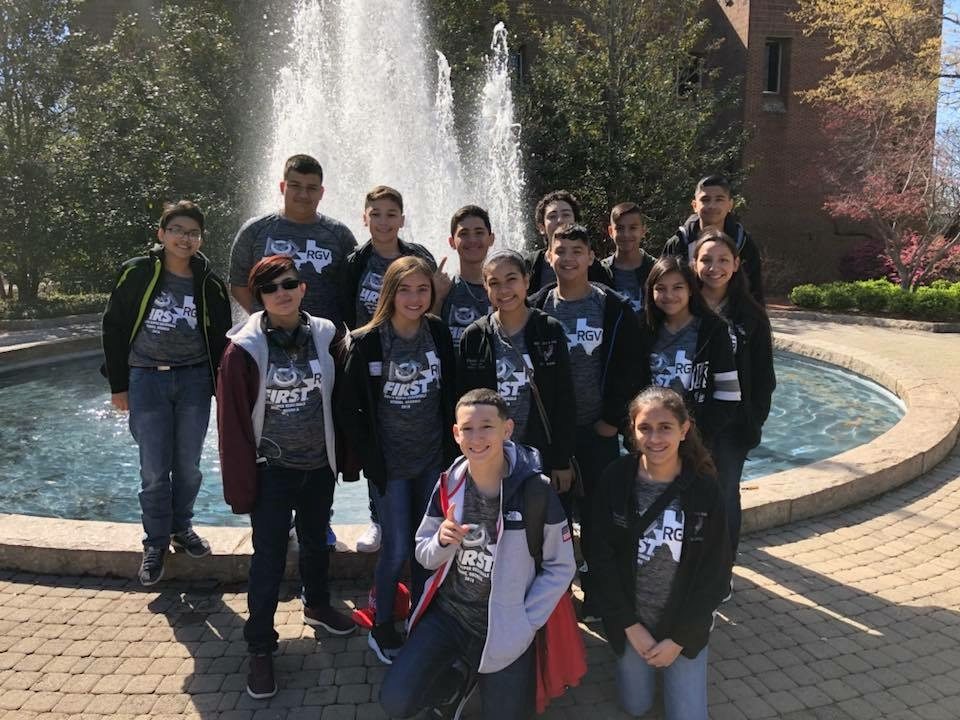 Mission, Texas – This years FIRST Tech Challenge (FTC) game spotlighted an Indiana Jones them called “Relic Recovery”. This challenge required teams on no more than 12 from middle and high schools to build, program and then work in alliances to complete tasks within the time allowed. This one of the most popular robotics program in the Rio Grande Valley (RGV) and inspires students to become STEM leaders of tomorrow!

FIRST (For Inspiration and Recognition of Science and Technology), founded by Dean Kamen has four progressional programs for K-12. FTC, is just one of the four challenges that changes annually.

Over 123 teams registered and then competed in four metro leagues consisting of students from middle and high schools across the Rio Grande Valley. Coaches / Mentors are not allowed to build or program the robot in the FIRST program, but are encouraged to help students find resources online. FIRST provides a kit of parts, but does not instruct the students on how to build a robot to completed various tasks in a game that changes every year.

“It took some time for us to complete the competition season this year”, sad Jason Arms, president and co-founder of FIRST RGV, a non profit entity started to support FIRST in the Rio Grande Valley. “With so many teams and a small competition window, it required teachers, teams and volunteers to do robotics almost every weekend from November to February”, Arms added.

More than 17 teams advanced from the Rio Grande Valley to compete against teams in Austin, Texas and then XXXX made it to “Super Regionals” in Athens, Georgia; were 14 states come together with their best teams to see who would advance to the World Championship being held in Houston, Texas, April 18 – 21, 2018.

After Super Regionals, we were notified that one of our FIRST Tech Challenge robotics teams had been selected to represent the RGV at the World Championship. This is the first time since FIRST RGV was founded three years ago, that we have ever had a FTC team on the world stage.

Congratulations to the Mission ISD MetalHawks Team for being that team. A middle school rookie team (first year), came together and participated in a “coopertition” to the World Championship.